I’m Nic, and fell in love with London as soon as I arrived more than 20 years ago. Join me on an enlightening walk around London’s famous nightlife area. This vibrant area is one of the city’s most infamous entertainment districts, as well as a welcoming hub for many of London’s most marginalised groups. This tour on the streets of the West End hosts an array of stories about Soho’ians from the 17th century till the present day. You’ll cross into the heart of Soho under the Pillars of Hercules, and hear tales of masked balls, courageous women and outlandish men. Search for one of the Seven Noses of Soho and visit a French pub that rebukes the modern day. Unveil the feathered mask that Soho has provided for residents and visitors for centuries: you may even leave knowing a little bit more about yourself.

Tickets must be purchased in advance – we are unable to sell tickets at the meeting point.

60% of the ticket price goes directly to your guide 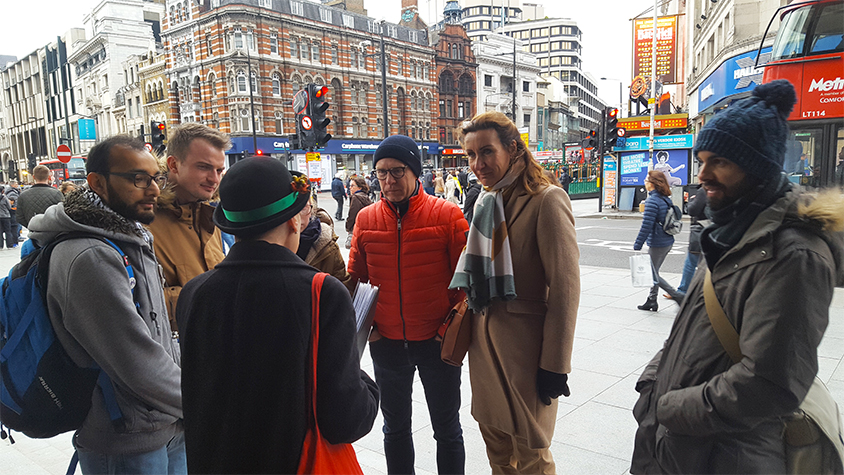 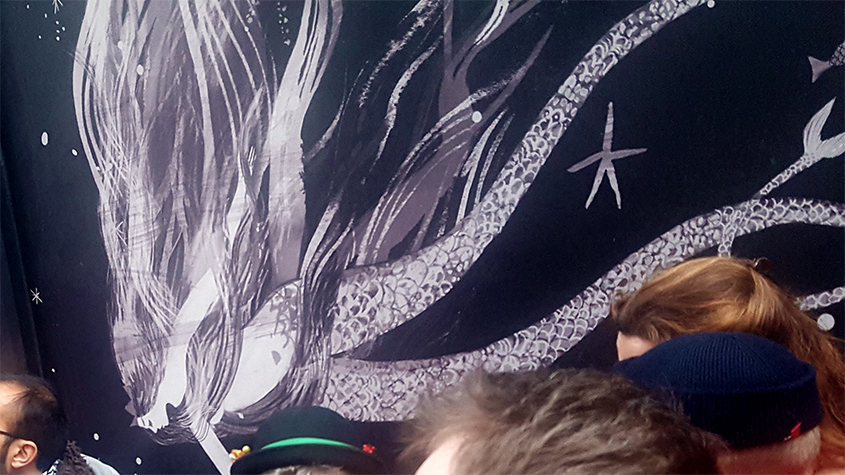 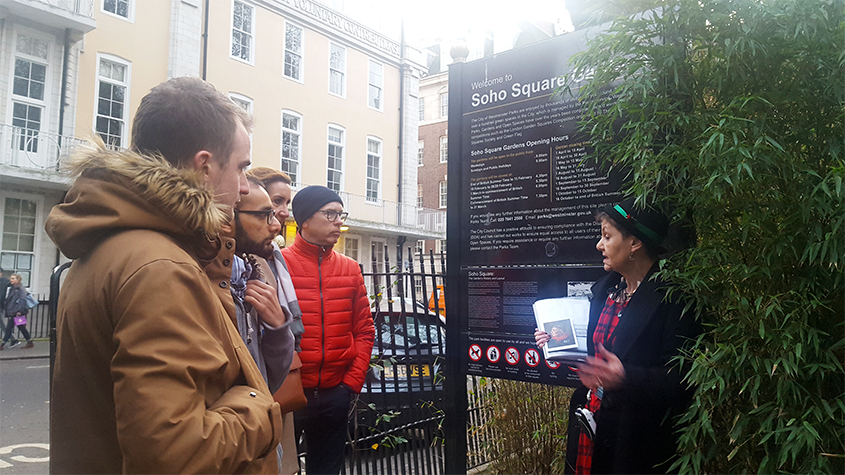 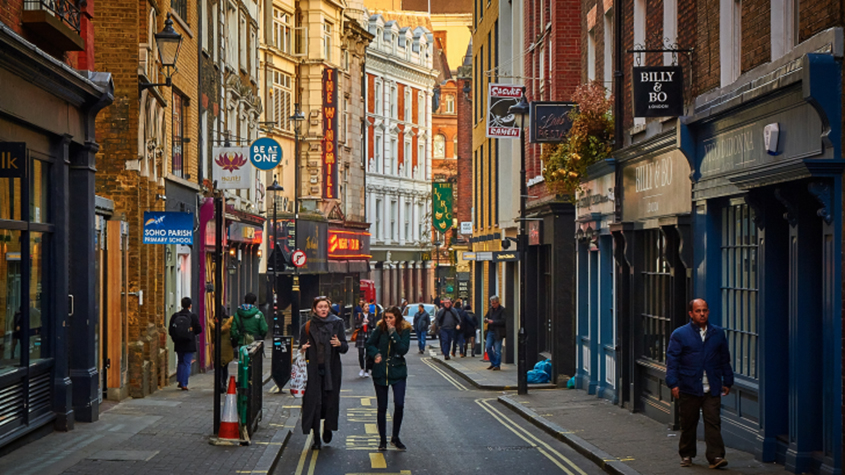 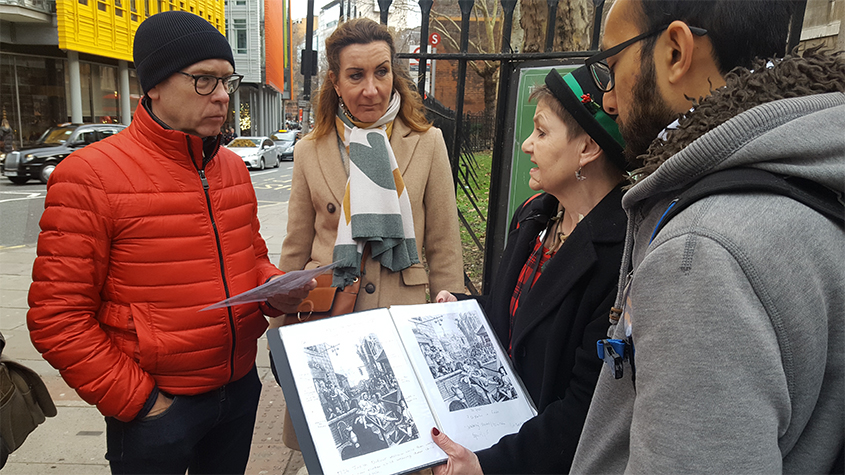 Hi, I’m Nic. I came to London more than 20 years ago, and fell in love immediately.

I was born in Yorkshire and moved to Lancashire when I was 2. I found myself to be a ‘just get on with it’ kind of child. Growing up I became socially anxious and found it difficult to attend social occasions, especially with friends and relatives.

At some point I began to feel being me wasn’t enough and that I should be what I imagined others wanted or expected me to be. This disguise crumbled as I came to live in London and fell in love with what London was and the city it was becoming. However, I found myself in hostels and supported housing until 2010.

With help and support, I moved into a flat and 6 month later attended a non-residential rehabilitation centre. Believing it was ok being me, I began to be a part of life rather than apart from it.

I completed a Conservation Skills course, City History courses and generally searched for anything I found fascinating, not because I felt I should do it, but because I wanted to. And so began the task of ‘finding myself’. I’m now also involved with environmental conservation, archaeology, urban exploring, and work as a warden at a graveyard for outcasts.

The London anonymity is there but so is community spirit. Remember to always look up. 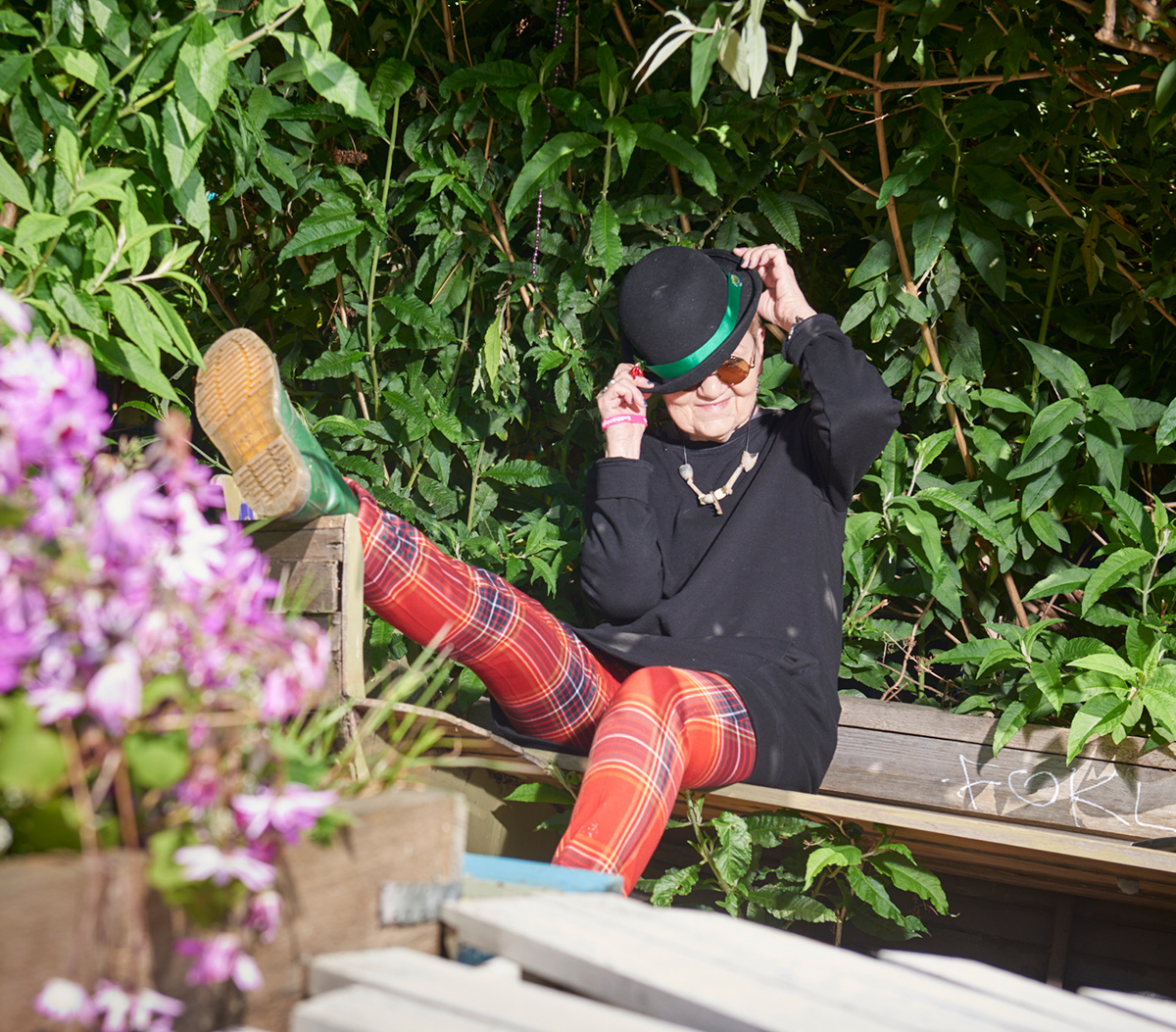